(*) self-regulating system of the body, crucial in the regulation of emotions

Each APPACH (electronic stethoscope) is unique, handmade in France, for you. 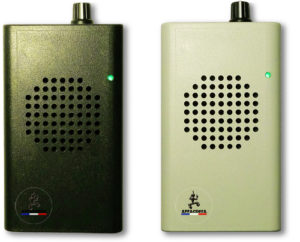 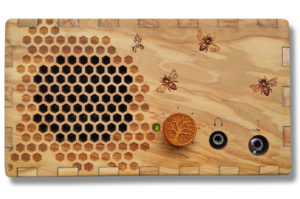 The KARA ABS is available in two colours :

The KARA Bois are made of :

Sensor
All models are delivered with 1 sensor (cable length ~1,80 m)

Bag (for PREMIUM and DELUXE PACK)
All Kará models include a quality bag to better transport and preserve them. The colour of the bag depends on the manufacture as well as the material (leather or fabric for example). The design may change slightly depending on the manufacture. The bag can be removed from your order, without any change in price.

For information, the current conditions of COVID19 sometimes cause stocks to fluctuate, without much control, on the type of bag. 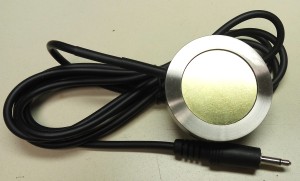 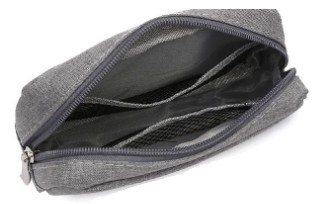 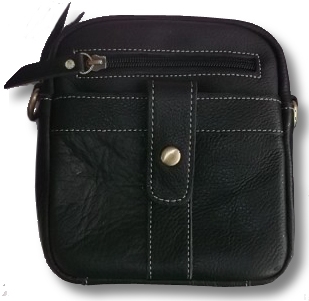 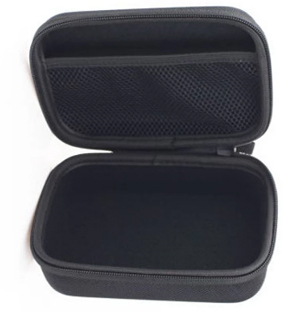 Integrated clock on request
The Kará Wood models have the possibility of having an integrated clock in order to ensure mainly the time frame. If necessary, the clock can be inserted on request only at the time of ordering. Thank you. If a clock is included, there is of course less wood on the front and the aesthetics are less.

Instructions for use
The purpose of this page is to provide the user with the information necessary for the proper general use of an APPACH. There are tips, tricks and troubleshooting. MUST READ! 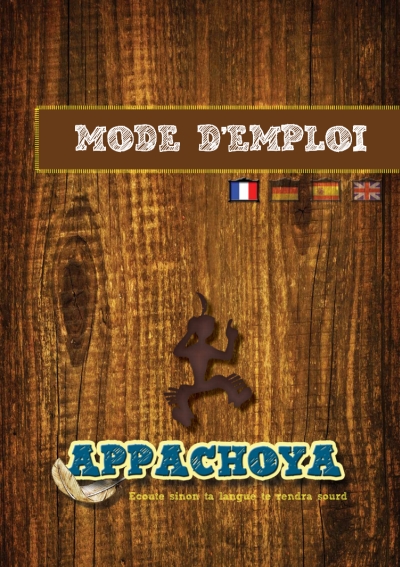 Diagnostic sheets (for PREMIUM and DELUXE PACK)
2 diagnostic sheets are provided on request only, for Biodynamic Psychology students (french classes P, L, M). Do not forget to mention it !
The diagnostic sheets are used for clinical follow-up, for the therapeutic chains, the practical school and in traditional clientele. The 50-page notepad is sold separately. See page ACCESSORIES

Each APPACH is unique, made in France, for you, by hand and guaranteed.
You will always see a different APPACH, even for a similar model. Yours !

The photos you see below are not contractual(*) for the reasons explained above. Thank you for your interest. 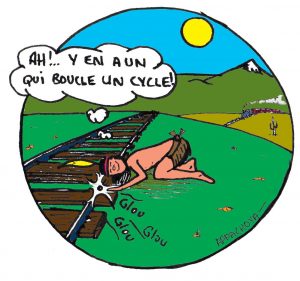 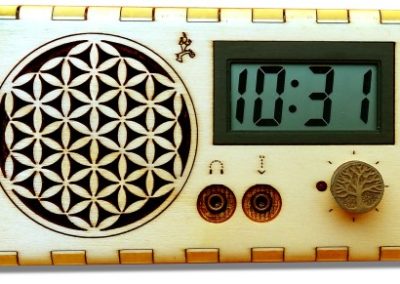 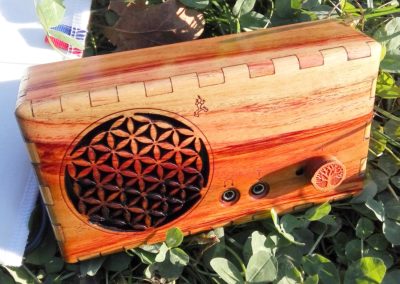 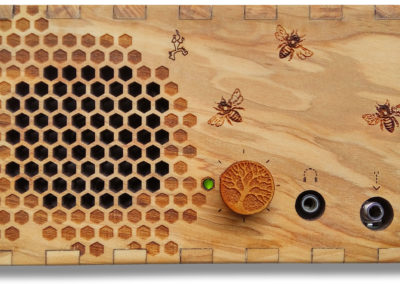 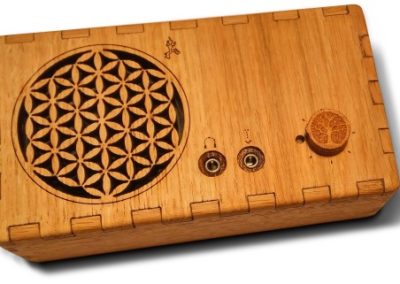 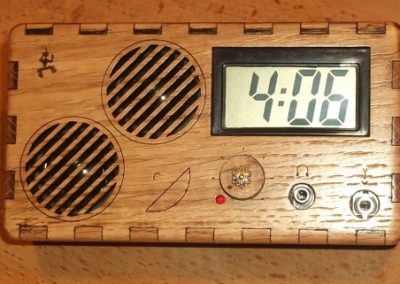 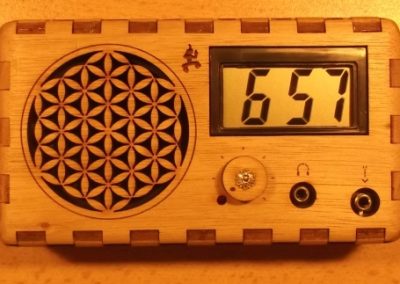 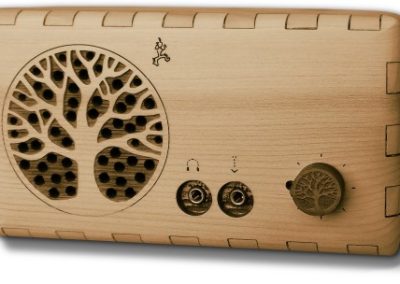 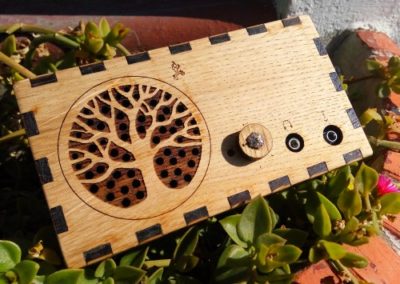 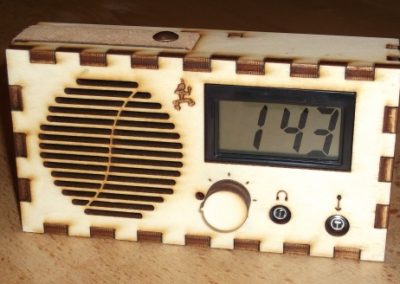 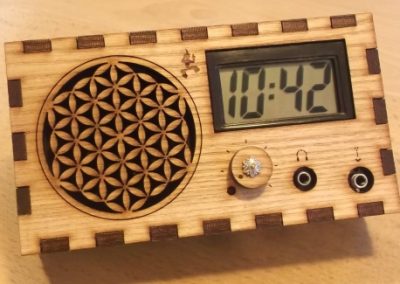 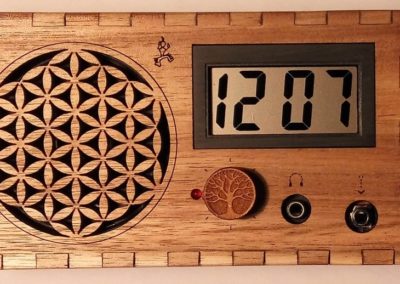 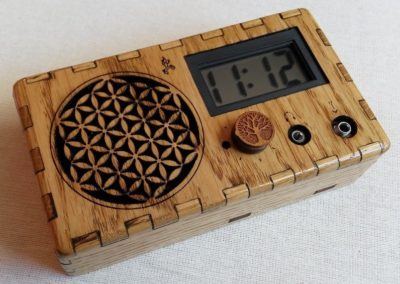 CUSTOMISATION
Your APPACH can be ordered with a specific request. A decoration, a wood, a case, a style, a motif, a particular sign, in fact, everything that is dear to you. So everything that will make it even more unique, in your image or according to your ethics, to you. I can make it for you, as far as possible and according to the estimate which will be proposed to you. You just have to make the request by mail in the tab « Contact« . Here are some beautiful examples. 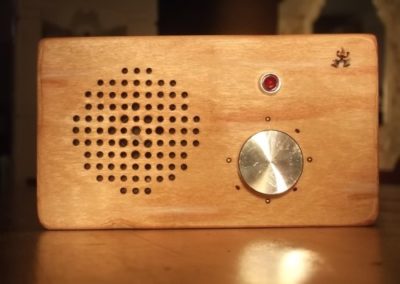 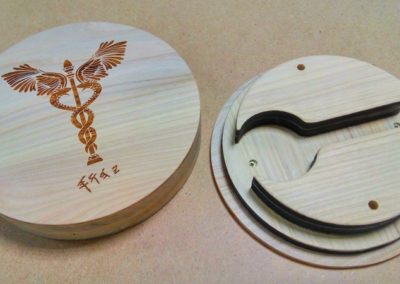 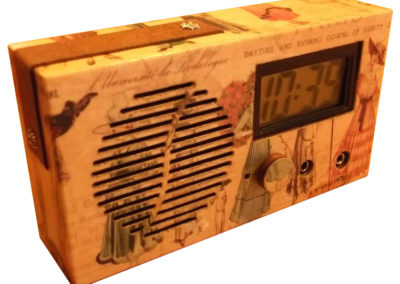 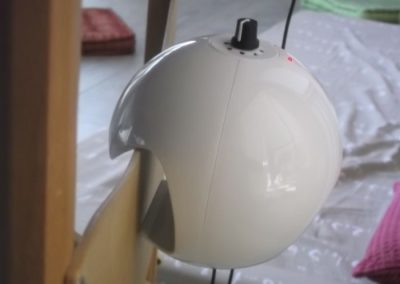 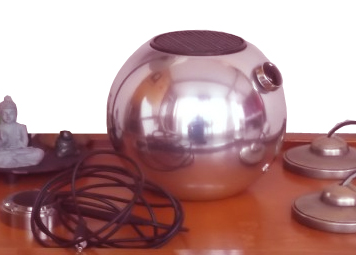 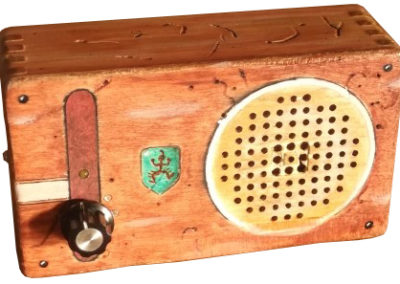 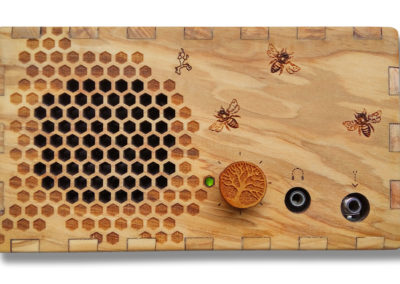 What is an Appach electronic stethoscope used for?

Explanations with 1 minute of history.
Gerda BOYESEN (1922-2005), born in Bergen, Norway, psychologist and physiotherapist, is the founder of Biodynamic Psychology. She brought to it all the intelligence of the woman, the roundness of the situations and the unconditional welcome of what you are. Not to mention 25 years of hard work, both in the experimental and clinical fields, and all the knowledge and experience that followed. Biodynamic psychology is directly influenced by the work of Sigmund Freud, Wilhelm Reich, Carl Jung and the work of Trygve Braatøy (link in Norwegian), Aadel Bülow-Hansen and John Olesen (characters less known to the general public but oh so important). In this research current, Gerda Boyesen created biodynamic psychology, mainly massages in the 1950s. Some psychoanalysts, in this half century, already saw the interest of the integration of the bodily dimension in the psychoanalytical vision. With this in mind, some muscle massages were aimed at releasing the startle reflex (tension), breathing and emotions. In this environment, Gerda Boyesen sees that physiological changes can lead to psychological changes. 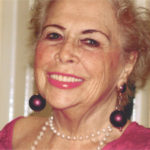 With massages it’s like « curing neurosis with your hands » she said. Gerda Boyesen understood how the body encapsulates the emotional charge. At the time, a form of peristalsis was associated with relaxation (Freud had noticed it in 1900 during these sessions but was never able to identify its exact psychic function). Gerda noticed that she could handle this phenomenon in her sessions and that she had more results when it occurred. She called it psycho-peristalsis.